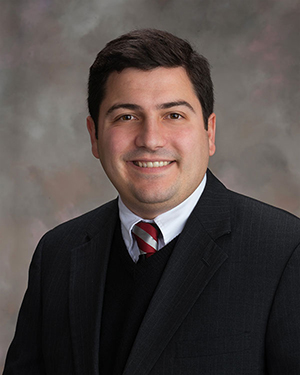 John Murante was born February 6, 1982 in Omaha, Nebraska. He is a proud graduate of Skutt Catholic High School and the University of Nebraska-Lincoln. He married his wife, Melissa, on December 22, 2007, and they have one daughter, Talia. He is the former President of the iconic Big Fred’s Pizza in Omaha.

As a State Senator, he served as the Chair of the National Conference of State Legislatures Elections and Redistricting Standing Committee, and on the advisory committee to the U.S. Election Assistance Commission.

Treasurer Murante is a member of St. Patrick’s Catholic Church, the Knights of Columbus, Gretna Optimists, and serves on the board of Partnership 4 Kids.