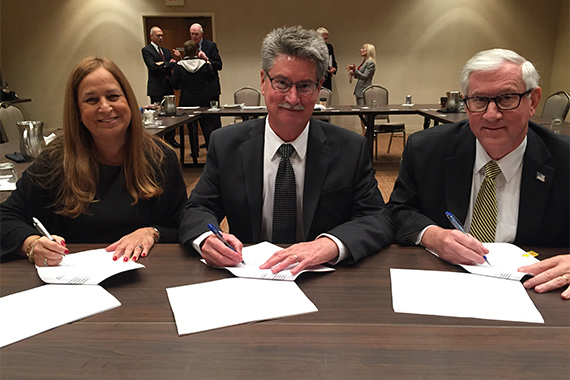 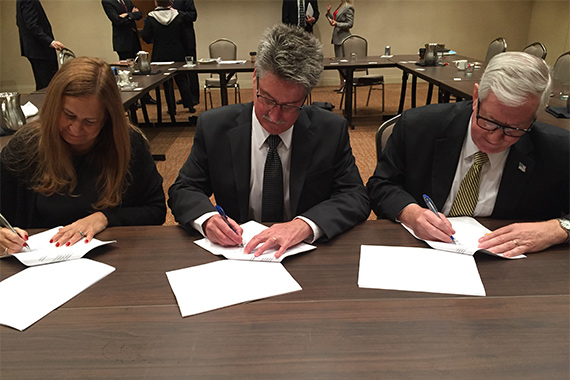 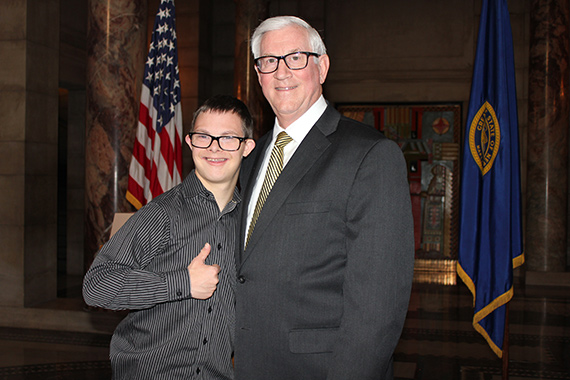 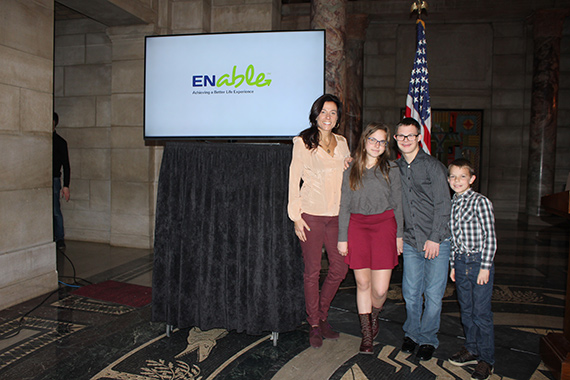 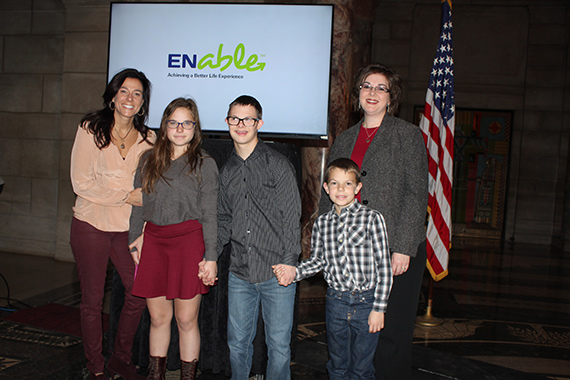 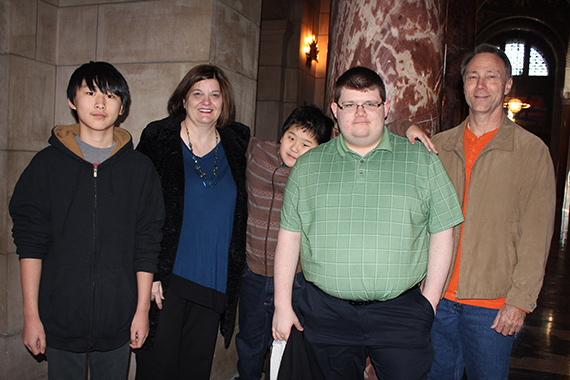 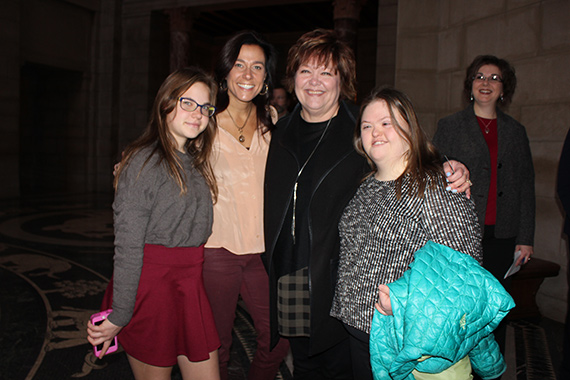 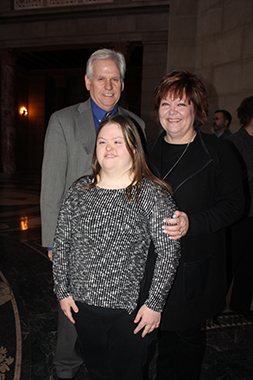 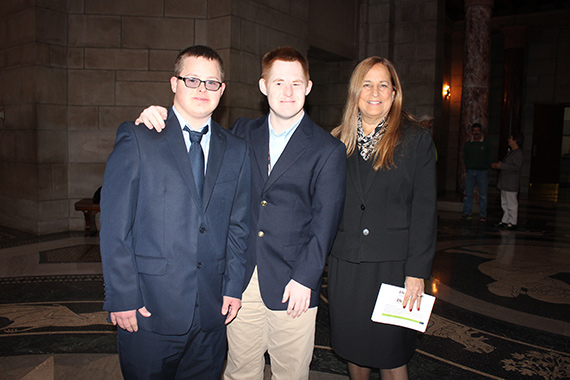 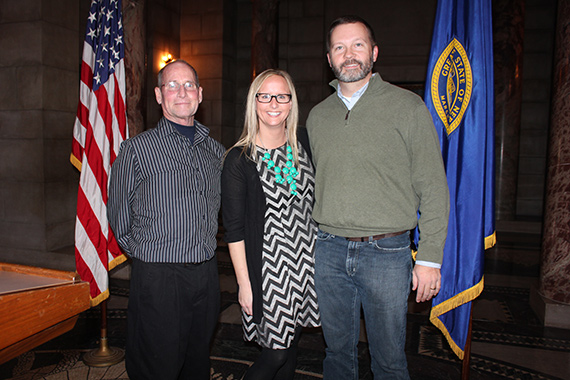 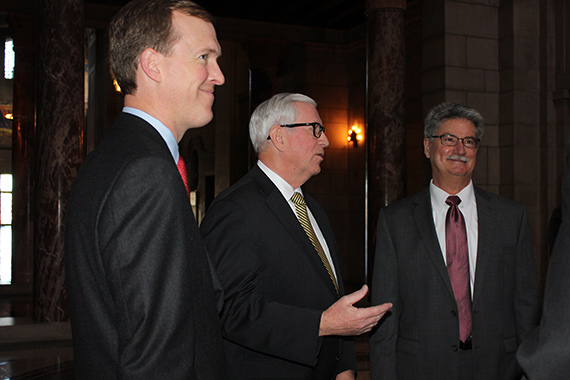 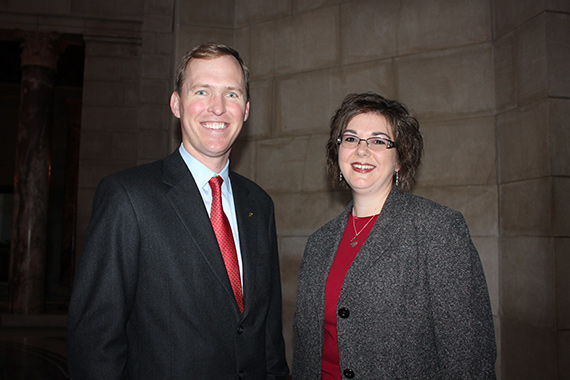 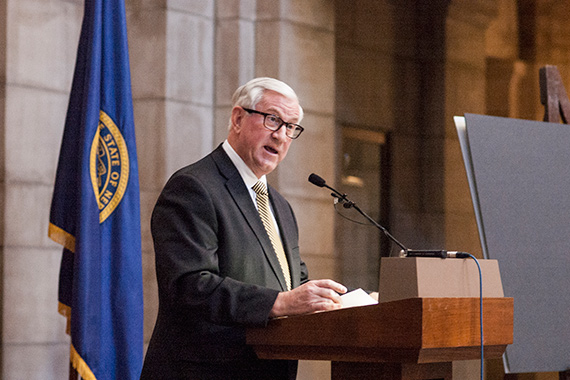 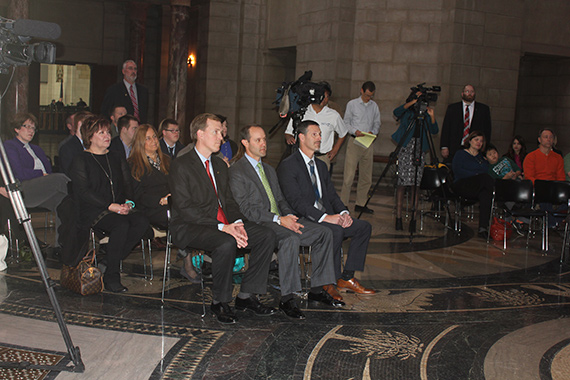 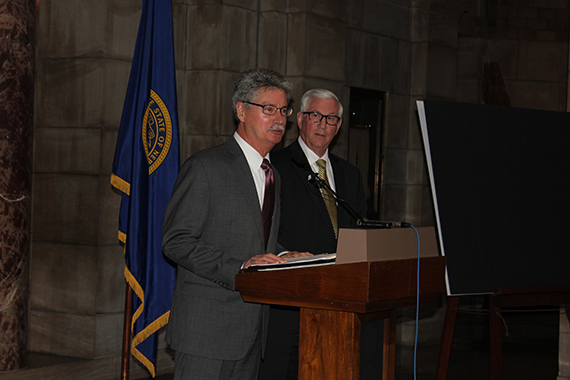 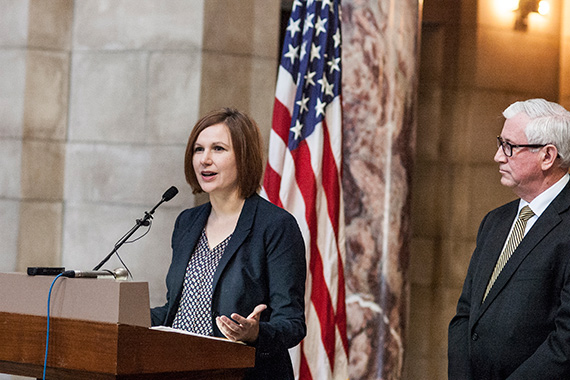 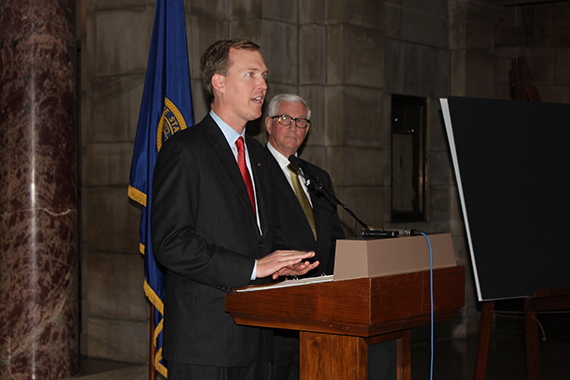 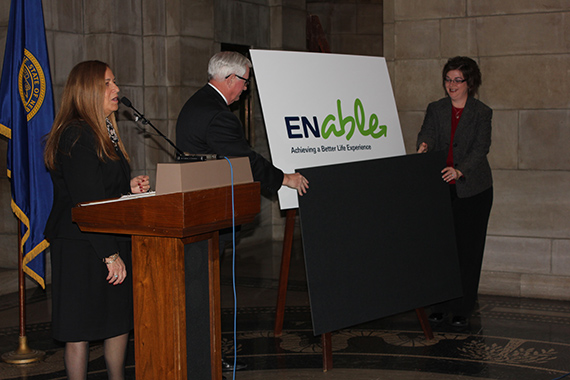 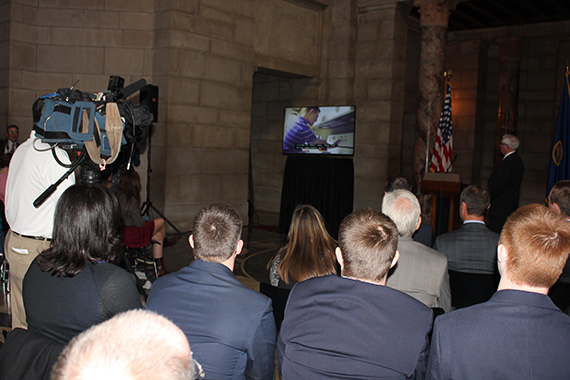 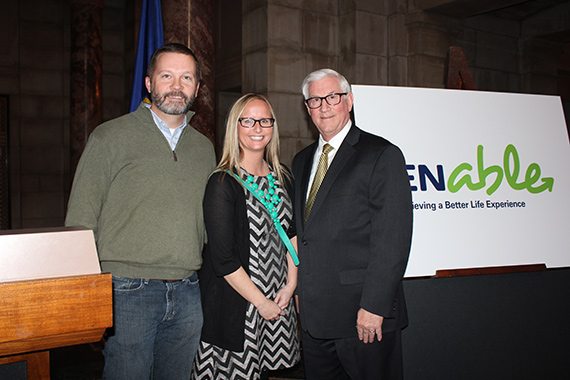 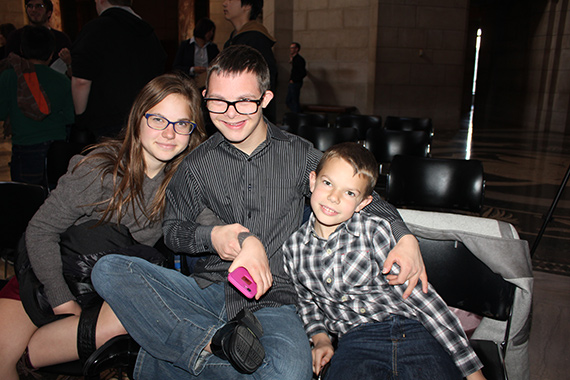 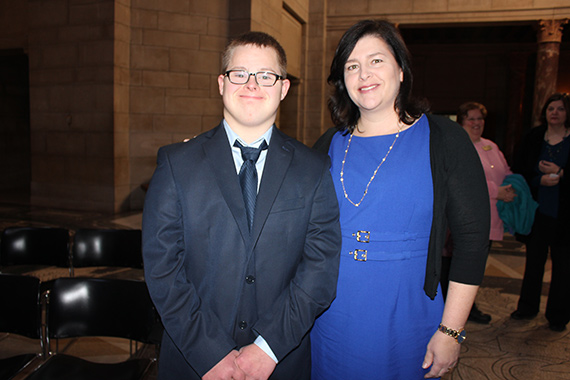 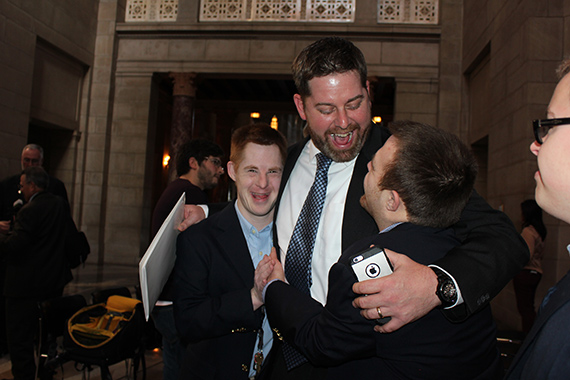 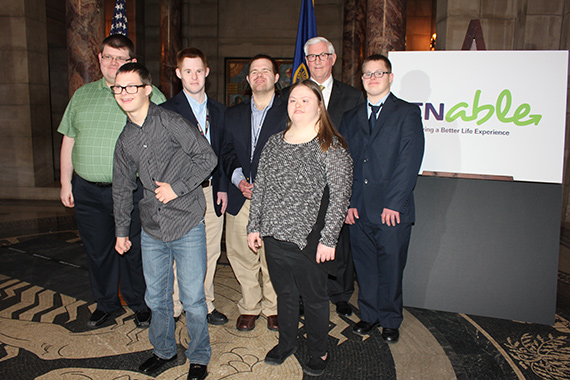 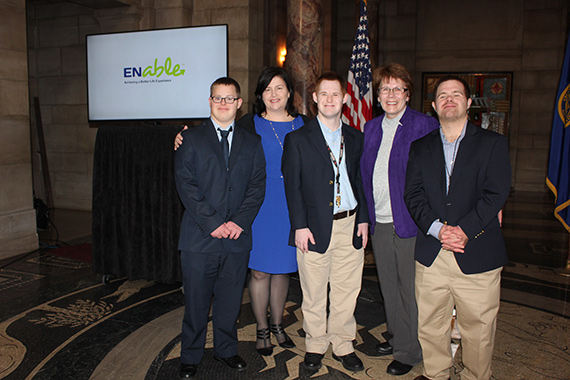 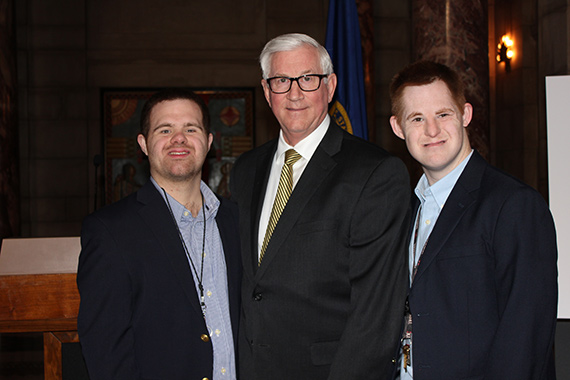 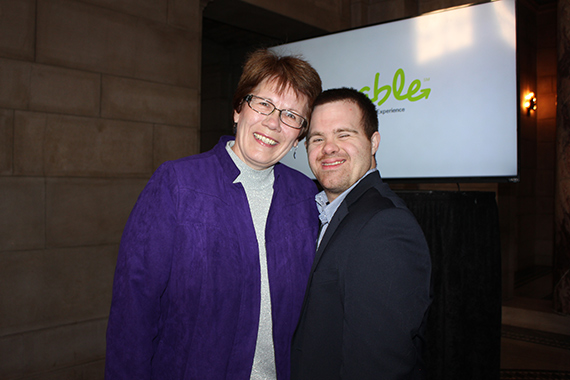 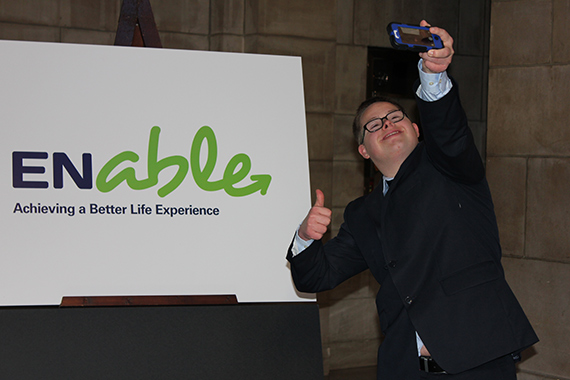 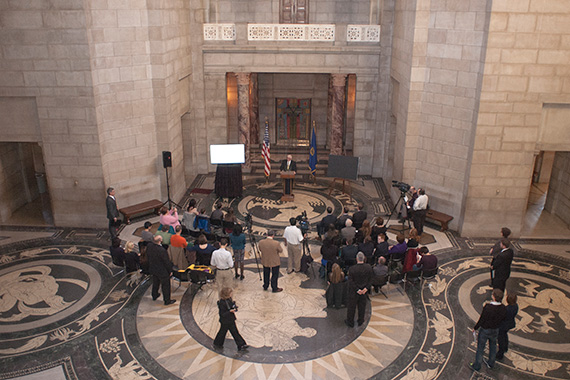 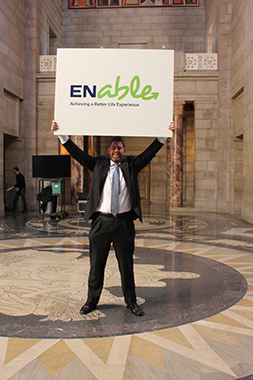 State Treasurer Don Stenberg announced today that the new Achieving a Better Life Experience (ABLE) program, which will allow Nebraskans with certain disabilities to create tax-advantaged savings accounts, will be operational by summer 2016 and First National Bank of Omaha will be program manager.

Stenberg said he expects the Nebraska ABLE program to be one of the first ABLE programs in the nation to be up and running. The Nebraska program will be known as Enable.

A program management agreement with First National Bank was approved Monday by the Treasurer’s Office, and investment options and fees were approved by the Nebraska Investment Council. The five-year agreement, which took effect immediately, includes the possibility of two one-year extensions. First National Bank has been the program manager of the Nebraska Educational Savings Trust (NEST) 529 college savings program for the past five years.

Stenberg is Trustee of NEST and of ABLE. His office oversees both programs.

“The Treasurer’s Office and First National Bank have enjoyed an excellent working relationship these past five years and, together, have seen NEST accounts and assets grow significantly and fees charged to account owners drop as well. What’s more, that relationship has brought about increased awareness of NEST and of the value of saving for college when children are young,” Stenberg said.

“For these reasons, my staff and I are excited about starting a new venture with our existing, trusted and valued partner, First National Bank. First National Bank told us it has designed an ABLE savings program ‘that will be embraced by Nebraskans and can be replicated in other states.’ It also said the program will be simple to use and as low cost as possible,” Stenberg said. “First National Bank’s proposal is a very well thought-out plan.”

The Nebraska ABLE Act was approved by the Legislature in 2015 and signed into law by Gov. Pete Ricketts on May 27. Sen. Kate Bolz of Lincoln sponsored legislation to create the ABLE savings program, following Congressional action in December 2014 to create Section 529A of the Internal Revenue Code. Section 529A allows for a tax-favored savings program for eligible individuals with disabilities to be used to pay qualified disability-related expenses, similar to Section 529 that allows for tax-advantaged programs for college savings.

Under the Enable program, earnings in the accounts will not be subject to state or federal taxes as long as used for qualified disability-related expenses.

“When I announced in July that we were issuing a Request for Proposals, I said then that my goal was to launch the Nebraska ABLE program in 2016 and that we had established an ambitious timetable to meet that goal. I said we wanted to make the ABLE program available to individuals with disabilities as quickly as we could, but at the same time, to be sure we were doing it right and were building a program to address the unique needs of our ABLE account owners, keeping in mind convenience, ease of use, and cost,” Stenberg said at the news conference.

“In making this announcement today, I am confident that together, First National Bank, the Treasurer’s Office, and the Nebraska Investment Council, are doing it right and are on course to meet our shared goals,” he said.

First National Bank will provide a range of services to ABLE account owners for an annual fee of $50 per account. In most cases, a minimum initial deposit of $250 will be required, as will a minimum required balance of $50. Each account owner will be charged a program management fee of 50 basis points (bps). A basis point is equal to one-one hundredth of 1 percent of the average daily net assets in the client’s account.

Stenberg said the Nebraska ABLE program will include the following features:

More information is available on the Enable website at enablenebraska.com and at the Nebraska ABLE page on the Treasurer's website.